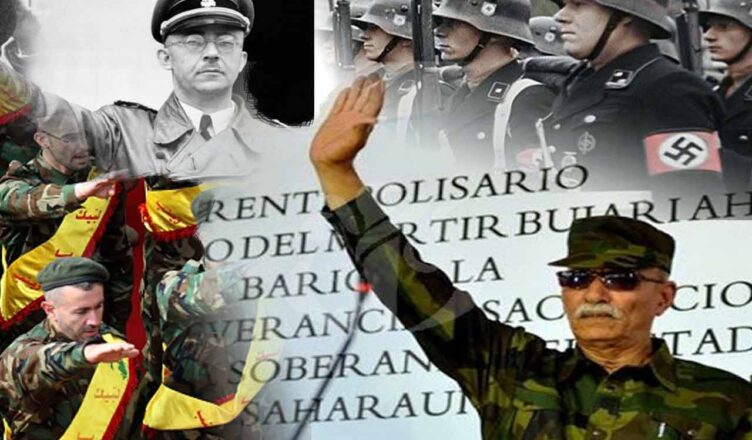 Polisario leader Brahim Ghali, who already faces serious accusations of terrorism, torture, sexual assault, and rape laid against him by the Spanish justice system, has also alienated several MEPs who accuse him of anti-Semitism, at a time his connections with the Iranian regime are an open secret.

In keeping with the orders of the Algerian regime, the leader of the separatist movement adopts an anti-Semitic discourse, describing some MEPs as “Zionists”.

The targeted MEPs, including Raphaël Glucksman, Bernard Guetta and Salima Yenbou from France; Hannah Neumann from Germany; Maria Arena from Belgium; Tinek Strik from Holland; and Heidi Hautala from Finland, had drawn the attention of the European Union to the deteriorating situation of press freedom in Algeria.

The Algerian regime, irked by the stand of the members of the European Parliament, found nothing better than to stigmatize the Jewish faith of some of these MEPs.

The official news agency (APS), also utilized by the regime in its attacks against the MEPs, uses arguments drawn from discourses and theses that recall the worst moments of anti-Semitism.

However, this fierce animosity is not surprising when you consider that Brahim Ghali was prompt to send his condolences to the Iranians following the death of General Qassem Soleimani, in January 2020 in an American strike.

Brahim Ghali, the spearhead of anti-Semitism in this African region, however, was careful to address his message to the Iranians through discreet channels for fear of irritating US President Donald Trump.

And if Ghali had deemed it a duty to pay homage to General Qassem Soleimani, it was because the latter was behind the military and logistical support provided by the Iranians to the Polisario.

Actually, it was General Qassem Soleimani who gave the order to send, through Lebanese Hezbollah, Iranian officers to the Tindouf camps to supervise and train the Polisario militias.

These connections, although kept secret, forced Iranian diplomat Amir Moussaoui to quit his post in Algiers in September 2018 after revelations surfaced about his role as intermediary between Hezbollah and the Polisario Front.