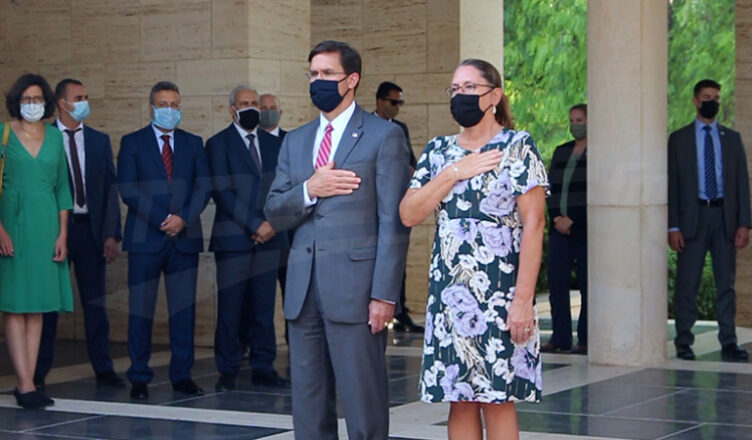 U.S Wednesday signed a ten-year military cooperation with Tunisia to train and improve soldiers of the North African ability to respond to security threats.
Secretary of Defense Mark Esper inked the deal with his Tunisian counterpart, Brahim Bertagi during his visit to the country marking the beginning of the US official’s African tour.
Equally, the accord seeks to establish a long term relation during which the U.S will train Tunisian army forces on the maintenance of US military hardware and equipment following sales or donations.
The U.S is a strategic partner for Tunisian in many areas. It has since 2011, invested more $1 billion in Tunisia’s secret. The North African country since 2011, has witnessed a surge in threats. Several terror attack claimed by the Islamic state group (ISIS). In 2015, in March and June, claimed the lives of more than 70 people most of whom were foreign tourists. Esper is expected today Thursday in Algeria. He will win up his trip in Morocco on Friday.